Note: this was posted on this day in 2014. Five years later, I’m still sorting and clearing…

I spent part of the afternoon sorting through a box brought from my mother’s apartment after her death in 2010. I’ve gone through most of the other boxes and left this one until last, partly because every time I looked inside, the smell of my parents — a mixture of my mother’s perfume, old tobacco, and something musty, like old age — drifted up from the contents and I’d put it aside for the time being. But we’re doing a grand clearing out at our house, after the installation of new carpets. One thing leads to another and I’m trying to get rid of the piles of clutter that I’ve pushed aside at every opportunity. My study is almost perfect — walls freshly painted a deep rose and old manuscripts burned in the bonfire of the vanities. I’ve been hoping that once I’ve done this last box and a few bags I hastily emptied dresser drawers into when we cleared out my mother’s place — well, I’m hoping I will feel clear of the job.

Photographs. Recipes for 1960s style dinners clipped from newspapers (“Top with Kraft singles and miniature marshmallows and bake at 350 until golden.”). Christmas cards from forgotten families with portraits inside. A bag of tie-clips with revolvers on them or tiny fishing flies in plastic cubes. My father’s little green book — or at least I think that’s what it is: his name and an address in Beverly Alberta, and then the names of many women, with phone numbers carefully inscribed beside them. (This from before he’d met my mother in 1950.) Crests or whatever you call them unpicked from his naval uniforms as well as the ribbons from his sailor hats, each one bearing the name of a ship: HMCS Naden, HMCS Beacon Hill, HMCS Cerberus.

And old report cards. Mine, from Grade One at Sir James Douglas Elementary School, signed by M. J. Barrett (and I remember her, a nice woman), in which I am awarded one A, for reading (“Theresa reads well. She enjoys reading.”) and mostly Bs for Writing, although there’s a C there too. (“Theresa needs to take more care in the formation of letters.”) Only Fair for Art. Good for Music. Fair for Physical Education. In those years, my parents took us to the Victoria Public Library every week and arranged to meet us at the foyer after we’d all chosen our books for the week. I sprawled on the floor of the children’s section, on the polished floors, and felt like I was in heaven. I think we were allowed to take home 6 books and often I chose the same ones —  Blue Willow, by Doris Gates (the moving story of the daughter of migrant farm workers in California and a book I loved reading to my own children); the Bobbsey Twins series; a big book of Grimms fairy tales. So yes, I did read well for a girl of 6 and if I didn’t impress with my artistic skills, well, so be it.

Among the recipe clippings, a small yellowed clipping with Student Poets Honored, in bold. (It’s from a Canadian newspaper from 1972 so why the American spelling?) It reports that six young Victoria poets are among 100 winners of the National Student Poetry Contest. Their poems were chosen from over 50,000 entries and will appear, it says, in a publication by the Canadian Council of Teachers of English. Canadian poets Earle Birney, Leonard Cohen, Gwendolyn MacEwen and Al Purdy were the judges. And I was one of those six. I didn’t enter the contest — I had an aversion then to contests and I still do, pretty much — but it turned out my grade 12 English teacher entered something I’d written for one of his classes. I remember him knocking on the door of our house in Royal Oak with a letter from the organization sponsoring the contest providing the names of the winners. My parents were puzzled. Their daughter? A poet? They didn’t praise us much, my brothers and me. But they must have kept an eye out for the announcement in the Victoria Daily Times (this was before it merged with the Colonist). It was clipped and kept with the recipes (“Add a tin of mushroom soup and heat until bubbling.”). And a a little package of photographs of me, taken that same year for my high-school graduation (fresh from my coup as a student poet), which I haven’t seen since then. How the years have flown. 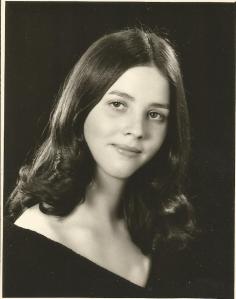 Occasionally, some of your visitors may see an advertisement here,
as well as a Privacy & Cookies banner at the bottom of the page.
You can hide ads completely by upgrading to one of our paid plans.

an algorithm for the passing of timeIn “HMCS Stettler”

4 Responses to “the education of a writer”

This entry was posted on October 16, 2014 at 11:44 pm and is filed under Uncategorized.You can follow any responses to this entry through the RSS 2.0 feed.You can leave a response, or trackback from your own site.Edit this entry.

4 thoughts on “redux: the education of a writer”