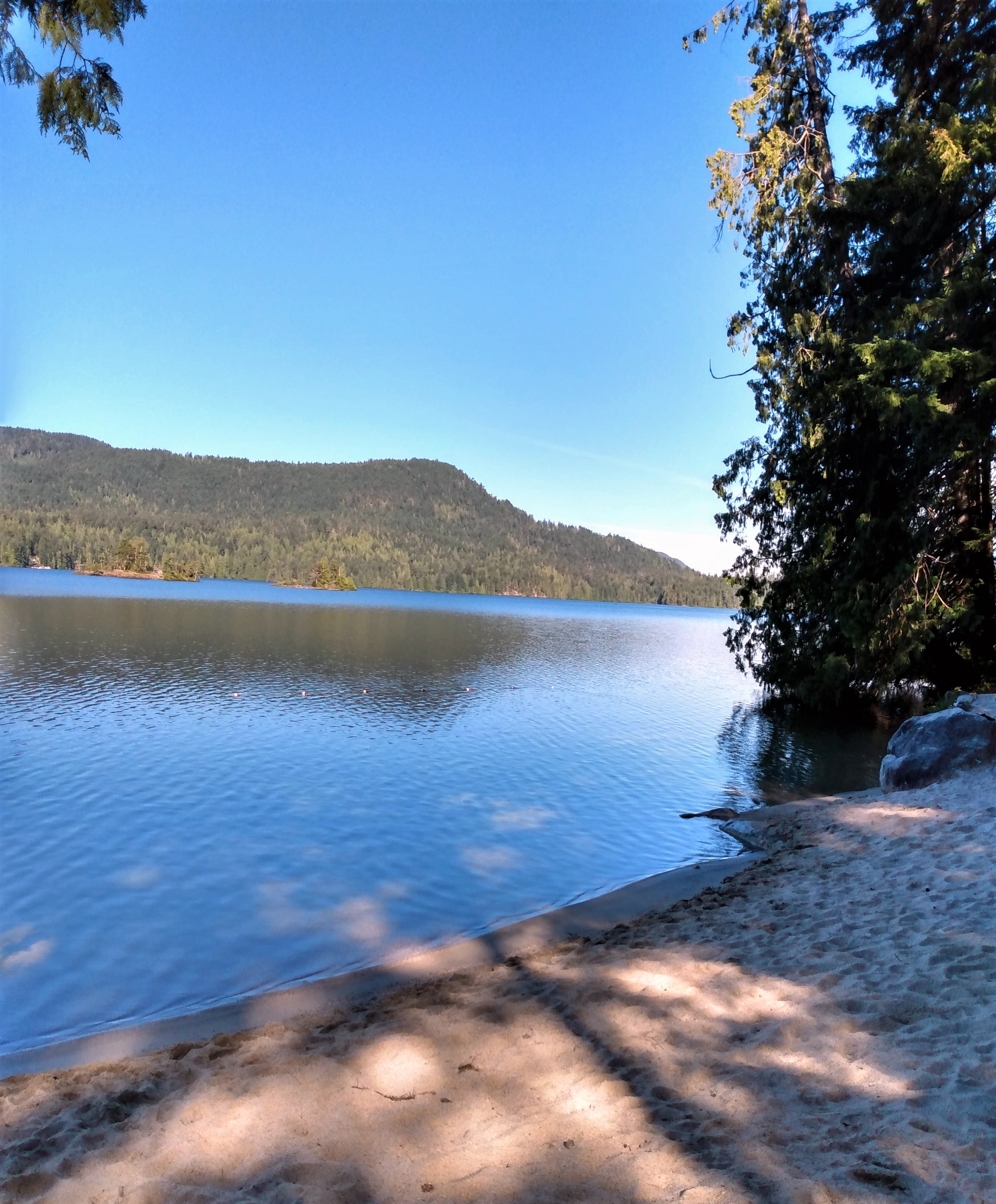 This morning, swimming, I was trying to remember a poem I once knew (in part) by heart. In part, because it’s long, though the opening passage I once knew:

House, blue mountains, rain, surf stumbling on the reef.
House of life, house of childhood,
a shake and log shamble, windworn and storm white;
its desires and regrets a matter of moments
half-seen through another life. Even so
love was enormous in this secrecy.
The stars sang in the twilit garden;
morning was moonlight,
raspberries, wine clear as the wind and cold.

It’s from “Closing Down Kah Shakes Creek”, by the late Charles Lillard, a very dear friend. He grew up mostly in Alaska, lived in Oregon, California, and on Vancouver Island for the last part of his life, husband to Rhonda Batchelor, father to Ben and Joanna, and friend to those of us lucky enough to know him. And he was the most generous friend. There aren’t many people you could think aloud to on a Monday morning phone call (we often had those, in the pre-internet days) that you were trying to figure out train schedules through Spences Bridge in 1908 and on Wednesday there would be a box of materials delivered to the Greyhound bus shelter at Garden Bay Road with old train schedules, photographs, books and pamphlets you didn’t know you needed.

Quietly as one turns the pages of an old journal,
everything crouched in this now
waits for my fingers to lift the latch.

So this morning I was thinking of him, his poem, and I was listening to ravens croak back and forth to another from high trees on either end of the small beach where I was swimming. Charles could speak raven. Sometimes I can almost remember how to as well. This morning the ravens were talking about Charles, how they missed his laugh, his great heart, and how he would share the morning’s news with them. I do that too. As I swam the back stroke from the cedars growing over the water to the three cedars growing from the same roots–my sentinels–I klooked to the one raven nearest me. I made the tok-tok sound that always stops their own muttering as they listen, tilting their heads, curious. One swooped down. For a moment I thought it was Charles, come back to talk a little about the years since he left us.

I could almost remember the poem. I remembered the ravens, the green water, the scent of cedar, and was that his voice in the trees, where sunlight was glowing as it came over the mountain’s shoulder, were those the last lines that the ravens were croaking, back and forth, the morning haunted by old friendships? Some of us live too long and some of us, not long enough. Poetry knows this on a June morning, my shadow entering the water ahead of me, lingering behind as I come out.

Out westward the surf washes across the Lord Luckies.
At Sitka the cathedral bells call out their prophecies.
Above these flames, above this crimson beach,
a shadow rises with the updraft: croanq, croanq, croang—
the black sanctus rising into the morning sky.

Note: the lines of poetry are from Charles Lillard’s “Closing Down Kah Shakes Creek”. The entire poem can be found in Shadow Weather (Sono Nis Press, 1996.)