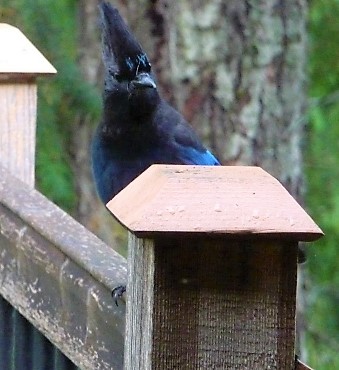 It’s been a long winter and we’re now a couple days into spring. I know I’ve written before that my mother always had something she was working on, knitted or crocheted, over the winter, insisting that she didn’t want the months to pass without something to show for it. Well, she was raised a Presbyterian so it was hard for her to believe that the devil wouldn’t find work for idle hands. And I’d like to think that I know that important things can happen in the mind, in the imagination. The winter passes, an extended essay is written, books are read, friendships are maintained, relationships with my children, my grandchildren, my beloved husband. But I am my mother’s daughter and yes, I am glad to have something to show for the months inside, near the fire, while rain or snow fell, or the nights were long and dark. Working on this quilt was like working with stars, a dusky sky (the sky at 5 in winter, sun just down), cold water, the spirals taking me into deep thought, shell buttons catching the light. I cut the last threads half an hour ago.

I love the poems of the late Robert Francis. They have a quiet practicality and are observant in the best way. Here’s one for the end of winter, for blue and all its manner of colour, of mood. I’ve seen those rows of hills, the water, ice, and his bluejay is a cousin at least of our Steller’s jay, the one who shouts from the post just beyond the window.

Winter uses all the blues there are.
One shade of blue for water, one for ice,
Another blue for shadows over snow.
The clear or cloudy sky uses blue twice-
Both different blues. And hills row after row
Are colored blue according to how far.
You know the bluejay’s double-blur device
Shows best when there are no green leaves to show.
And Sirius is a winterbluegreen star.

Two days into the New Year and I’m sitting at my desk looking out at a cold world. There’s a little wicker birdhouse hanging just beyond my window and this time last winter I saw 6 winter wrens enter, one after another, at dusk. They are not particularly sociable birds but need each other when the temperatures drop. And how lucky I was to be watching at as they found their way into the collective warmth of the birdhouse.

The other night at our New Years dinner, one friend said that he looked forward to the mornings when he’ll wake in excitement at the prospect of spending a day in his garden. He has a beautiful garden, full of flowers, vegetables, productive fruit trees, and even a beach of oysters from the days when his wife’s family operated an oyster business on the property. That night it seemed that spring was not too far away though this morning I’m planning and plotting my own garden—imaginatively, of course, because it’s too cold to actually work out there—and it’s hard to believe that the tools will ever find their way into that frozen soil. I was scrolling through some photographs and saw the one I’ve posted here, taken (I think) two years ago. I love the mornings of knowing these greens are waiting, the tendrils of beans needing to be coaxed to their sticks, the damp frogs surprised from their hiding places. The first dandelion pizza, the first salad of miners lettuce and new kale.

A new year should also be about writing but I’m having a crisis of confidence. When I look at the work I have in progress, it seems very small and, well, personal. This time last year I was working on the revisions of the essays in Euclid’s Orchard. I found this passage in a blog post written in January, 2017, just after I’d had the PET scan that determined the strange growths in my lungs were not metastases. I was remembering (in this post) the months in the fall of 2016 when I wrote the essays in a heat of fear and mystery and love.

Many nights I got out of bed and came down to my desk to sit in the absolute quiet and puzzle away at what it was I wanted the essays to do. I wanted them to explore territory, to shine small lanterns onto dark pathways threading through the lost landscapes of my family’s history. They’re personal and sometimes I wondered — still wonder — at the value of writing that terrain into being. But I also believe that we do the work we’re called to do and that was the material agitating to be noticed and shaped.

Is it enough to do this kind of work? I’m not sure. I read a comment about Euclid’s Orchard on goodreads.com in which a reader expresses her disappointment in the book. Too personal. Not universal enough. It’s something to think about, take to heart.

In the meantime, I’ll work on the blue quilt, think about the garden, muse about the ultrasound image we were sent this morning of our 4th grandchild, due in summer. So many wonderful things to look forward to, to complete, though quietly, not with summer’s exuberance. And the year has only begun. The colour of winter is not green, not right now, but blue, so many shades of blue—the rich indigo of my linen quilt, the greyblue of the ultrasound, the underside of snow, the Steller’s jay squawking for seeds from the fir by the clothesline. I thought of a poem by Robert Francis, “Winter Blues”, and it was my mood exactly:

Winter uses all the blues there are.
One shade of blue for water, one for ice,
Another blue for shadows over snow.
The clear or cloudy sky uses blue twice-
Both different blues.