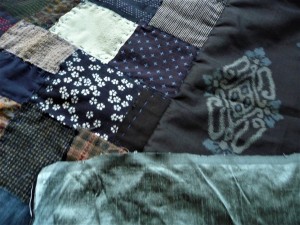 Last night we finished reading Dante’s Inferno, in the translation by Robert Pinsky. We began in late January and had some gaps in our reading: we’d read a canto faithfully for a week or ten days and then life would interfere. Last night we’d read the penultimate canto after dinner and I said, Let’s just keep going. So we did.

It was a good thing to do, reading this poem over the darkest coldest time of the year. I know December is the bleak mid-winter but there’s Christmas and lots of parties and guests to take the edge off the chill. So January until early April seemed right, though the poem actually begins on Maundy Thursday, 1300, and concludes on Easter Sunday of that same year. We’d read by the fire while the night settled around us, read of treachery, lies, fraud, every kind of torment, heretics, thieves, seducers, and every manner of torture. The language spares no one, no detail.

It’s been a dark winter in many ways. World events keep me awake at night. So do various kinds of infirmity. In early December, after a hard fall on ice, my retinas began to detach. That’s meant regular visits to the ophthalmologist for intensive monitoring and laser procedures to repair the damage. But two weeks ago, he told me he felt the process had completed itself—the vitreous easing away from the retinas—and that I was no longer at risk of retinal detachment. I have no regrets about the experience. I found things out. How precious my eyes are, and the sight they gift me with. How the prospect of perhaps losing my vision, in whole or in part, allowed me to explore what it actually meant to see. Yesterday I saw an optometrist to have my eyes checked (because my close vision has changed as a result of the damage) and she showed me the images of my inner eyes and the scars from the retinal tears. It made me cry a little.

This winter I did what I know how to do when faced with uncertainty. I wrote some essays exploring what was happening to me and I made a quilt top to find a way to gather the experience into a tactile object. I called the quilt “A Dark Path” and I used the boro technique. Boro means something like tattered, repaired. It’s usually structural stitching, meaning that the intention is not to make something beautiful in itself (think of fine embroidery) but to extend the life of scraps of fabric, to use them to mend, layer, and give strength to each other. The edges of the scraps are not tucked under or hidden but are left to show their tattered state. And the stitch used is the sashiko stitch, a plain running stitch in a contrasting colour; it reinforces the patches and scraps.

I finished my quilt top a month or two ago and wasn’t sure what I wanted to do next. Would I back it with something plain and durable? I had some ideas but none of them seemed quite right. Then the other day I remembered I had a length of teal dupioni silk tucked away. Dupioni is woven with fine thread in the warp and more uneven thread in the weft so that the result is both lustrous and textured. I left it out with the quilt top, along with one or two other possibilities—an indigo cotton print, blue denim with red dots—but I kept seeing the silk rustling and shimmering, as I saw the light shimmer when the ophthalmologist examined my retinas. If I have time today, I’ll cut the silk to fit.

I also wrote an essay called “A Dark Path” and the quilt figures in it, as well as broken bones, damage of other kinds, and a little Dante. It will appear in Brick next November. So we come out of darkness, we descend and ascend, and like Dante and his guide Virgil, if we’re lucky, we see the stars.