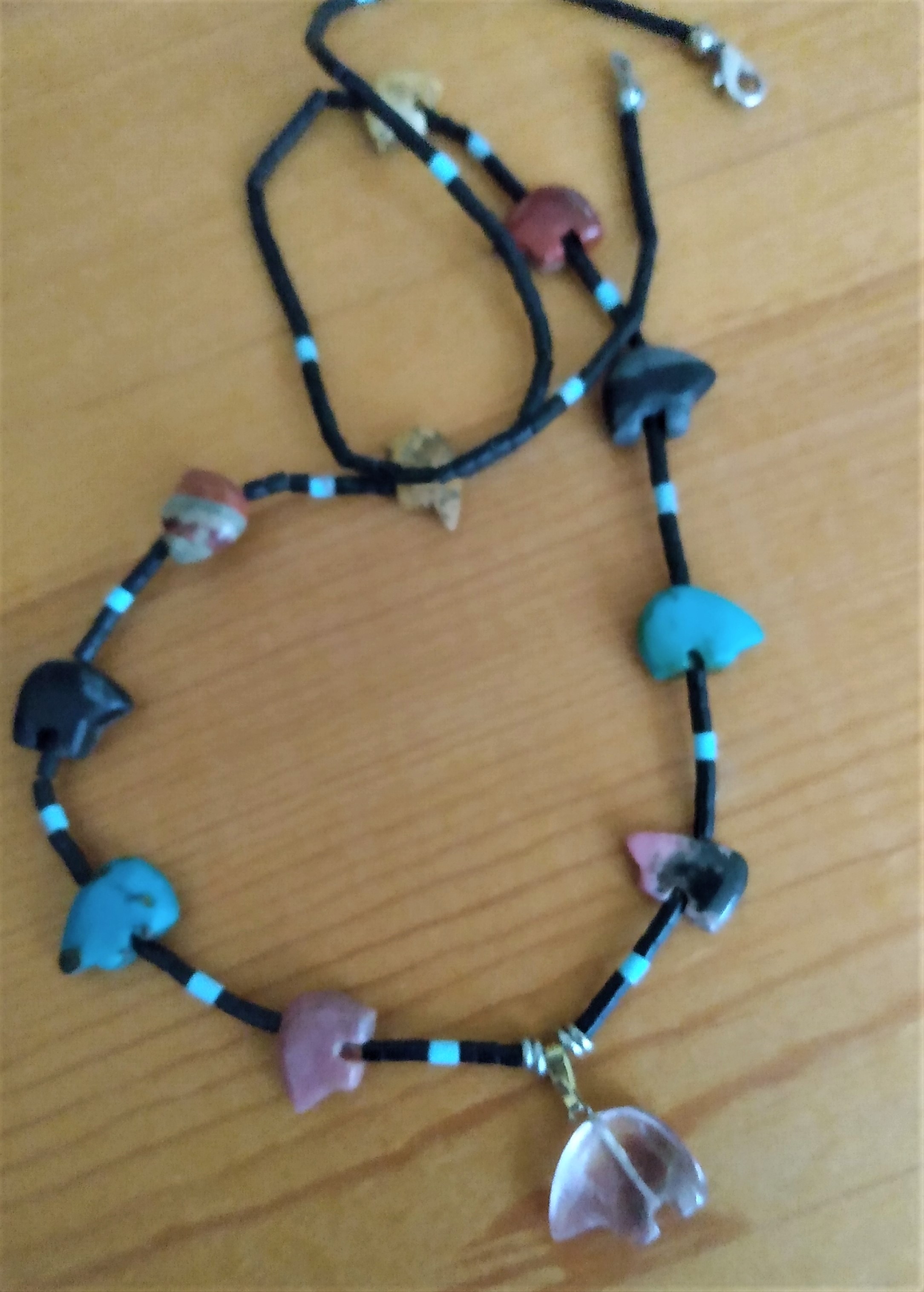 This morning I looked up from a paper I was reading on my computer, “The Venus of our anxiety. The first art was visceral” by Paulo Tiago Cabeca, a Portuguese scholar and ceramicist, to see a young bear ambling by my study window. This is their time, at least where I live. They move down off the mountain where the berries are finishing towards the lake where the salmon are even now gathering to swim into the feeder creeks to spawn in a couple of months; the bears like to climb our crabapple tree for the scabby small fruits and they like to check out the grape vines over our pergola. Last year a mama and her small cub surprised me as I watered tomatoes on the upper deck. They were just below me, maybe wondering if it was worthwhile climbing the stairs. Seeing me, the mama urged her cub into one of the big firs where the woods begin at the edge of our grass. The little one quickly climbed high and the mum vanished into the forest, obviously nearby because I could her gutteral instructions and the cub’s bleating in reply.

The ﬁrst art represented precisely these two major anxieties:
the animal and the woman. The survival in the animals that were food or feed on us, and the continuity of the species was represented by the woman that gives birth. The paleolithic human did not rationalize the images. He just expressed them. In the ﬁgure of the woman – the so-called Paleolithic Venus – also the attributes of the female of the life-generating creature were particularly emphasized: the voluminous breasts, the prominent hips, the rather explicit sex.

In the winter of 2016/17, I underwent a number of procedures because I had mysterious nodes in my lungs that my specialist thought were metastatic tumours. They weren’t. They disappeared and have never recurred. But I remember undergoing a positron emission tomography (PET) scan at the B.C. Cancer Clinic and how I summoned up the image of the Laussel Venus as a kind of protection. Or did I summon her? She certainly appeared to me, as palpable as the paper gown I was wearing. I wrote about this in an essay that is part of my forthcoming Blue Portugal. I didn’t want to make the transition from a life-generating organism to one with metastatic lung cancer and I hoped the Venus would somehow keep me safe as I entered the machine that would detect possible tumours made evident by the radioactive tracers injected into my body.

During that period, I wore my necklace of bear amulets constantly too. It wasn’t on show. I kept it tucked into my clothing. But I’d reach up to my neck to find one of the small figures to smooth between my fingers, saying little prayers to myself. If I had a Venus amulet, I’d have done the same with her.

Everything that questions our existence causes us greater anxiety and that must be expressed.The appeasement, in the materialization of these anxieties, in the physical manipulation of them is revealing of this urgency and absolute need.

These bears don’t make me anxious. The ones that drag out our garbage cans from the wooden enclosure do. There’s nothing in the cans to attract them. We are beyond careful with our garbage. But they drag out the cans, they tear apart the compost boxes, and well, those are the ones I would rather not meet on a dark path. The ones keeping their distance, though? I love to see them. They are an indication of proper courtesies, healthy adjacencies. The one this morning ambling by was no doubt heading lakeward. In fact, not five minutes after it skidaddled into the woods when I went quietly onto the deck with my camera, I heard a dog barking wildly down by the lake.

I think of what Gary Snyder wrote decades ago in Earth House Hold:

As a poet I hold the most archaic values on earth. They go back to the Neolithic: the fertility of the soil, the magic of animals, the power-vision in solitude, the terrifying initiation and rebirth, the love and ecstasy of the dance, the common work of the tribe.

I think these have always been my values and sometimes, as when the Venus appears during a difficult moment or a young bear walks past the deck where I am reading about art and consciousness and the nature of survival, as wildfires and a pandemic still rage in the world we have perhaps not loved enough, I touch my neck, smoothing the little figures in the hollow of my throat.