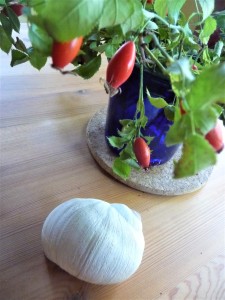 Yesterday I cut some sprays of rosehips from the Rosa canina that grows around my bedroom window. It is the earliest rose to bloom, early May, and its hips always remind me of those pale pink single blossoms with their golden crowns of anthers. When I go into the kitchen and see the pot of hips on the table, I wonder how the summer passed so quickly. I remember the first warm days of April and how we’d have a glass of wine and a little snack on the deck, surrounded by pots of tulips. John’s been lugging those big pots down the stairs to overwinter in protected areas under the house. How did it pass so quickly?

Two weeks ago I was in Lviv. It was a city I’d long wanted to visit. A few years ago I read East West Street by Philippe Sands and knew something of the city’s 20th century history, not exactly a happy one. Sands uses 3 families rooted in Lviv, and their particular experiences of that city and that century to weave together an extraordinary story of hope, of violence, of terrible loss, and of resilience. That the city was known by 4 different names—Lemberg, Lviv, Lvov, and Lwów— contains its own message of war, aggression, and conquest. I’d hoped we could see a performance at the Solomiya Krushelnytska Lviv State Academic Theatre of Opera and Ballet or Lviv Opera but there wasn’t anything on during our visit.

We did go inside for a tour and it was interesting to see the preparations for an upcoming opera (I think it was Don Quixote). The building itself is glorious but I kept (somehow) remembering the first photograph I saw of it, in East West Street, draped in flags and bunting to welcome Hans Frank, Governor-General of the occupied Polish Territories. He attended a concert in August, 1942, a performance of Beethoven’s Lenore Overture no. 3, opus 72, followed by the Ninth Symphony. He addressed the audience from the orchestra pit:

We, the Germans, do not to go foreign lands with opium and similar measures like the English. We bring art and culture to other nations.

As we explored Lviv, I kept thinking about what happened during those terrible years. The city’s Jews concentrated first in the Lwów Ghetto and the Janowska camp on the outskirts of the city, then Belzek concentration camp: of the 100,000 Jews in the city at the beginning of the war, only about 300 remained at the end. The narrow cobbled streets and beautiful faded houses, the churches, the grand halls: they’d all absorbed the sound of gunshot and shouts, the hammering at doors, the jackboots. I know this is true for so many places in Europe (and elsewhere of course) but I was perhaps more attentive to the layers in Lviv.

Two weeks I was in Lviv. Now I’m at home, thinking and writing about how time accumulates in a city, in memory, in the bright hips of roses on my kitchen table, and in this last spray I cut from the garden just now.

Lviv won’t leave me alone. When I came home, I re-read East West Street. I tracked down poetry, history, and have peered through my reading glasses at old photographs, wanting to understand where I was in relation to everything else. The poet Adam Zagajewski was born in Lviv in 1945, though his family was expelled shortly after.

…go breathless, go to Lvov, after all
it exists, quiet and pure as
a peach. It is everywhere.

2 thoughts on “bright hips, late roses: a meditation on history”