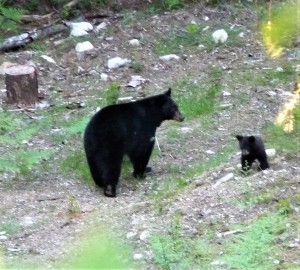 I’ve just been mowing grass and thinking about memory. In a way, grass mowing is an act of memory. You can just let your muscles remember how to coax the mower over the rough ground (we don’t exactly have a “lawn”; we have cleared areas that have accumulated moss and wild grasses and drifts of oregano, so beloved by bees…), you watch for rocks, sleeping snakes, but mostly your mind drifts. You remember all the springs you’ve dragged a mower across the grass, though to be honest it’s usually John who does the mowing. You remember the old vegetable garden, before the septic field gave up and had to be rebuilt, giving you the opportunity to lay out proper raised boxes in a fixed geometry, with paths between them. The old garden had beds that continued to sink, no matter how much seaweed and manure and alfalfa you added to them over the seasons.

One reason I’ve been thinking about memory is because I’ve read several accounts of how scientists have supposedly transplanted memory from one California sea hare (a hermaphrodite sea snail) to another. The experiment involved implanting wires into the snail tails, giving them electrical shocks, inducing a defensive action, then transferring RNA, or Ribonucleic acid (one of the 3 biological macromolecules necessary for life),  via injection, to another snail, where it seems the sensitivity to the electrical prod had been transferred. (Snails who were wired but not shocked did not transfer the sensitivity to the animal receiving RNA.)

Not everyone is convinced that memory is being transferred in this process. In an article in the Guardian, I read this:

Tomás Ryan, who studies memory at Trinity College Dublin, is firmly unconvinced. “It’s interesting, but I don’t think they’ve transferred a memory,” he said. “This work tells me that maybe the most basic behavioural responses involve some kind of switch in the animal and there is something in the soup that Glanzman extracts that is hitting that switch.”

But Ryan added that radical thinking about memory was sorely needed: “In a field like this which is so full of dogma, where we are waiting for people to retire so we can move on, we need as many new ideas as possible. This work takes us down an interesting road, but I have a huge amount of scepticism about it.”

I don’t know, tell me I’m wrong, but this kind of experimentation seems excessive. Why on earth should we be tampering with memory, any organism’s memory? Surely that’s a profoundly disrespectful trespass. Imagine how it could be used in the future (remembering how the tendency to exploit life-forms for the sake of science has been a hallmark of our species). I can imagine researchers making an argument for transplanting or removing memory from humans who have suffered terrible trauma and you might say there’s justification for this in order for those individuals to live lives without that particular suffering but who would decide? Who would be ultimately responsible for determining what memories should be removed and from whom?

In the meantime California sea hares are being wired and shocked and injected in order to make room for new research ideas, “radical  thinking about memory.”

Last night we watched the pair of coyotes in what remains of our orchard and after they left, we watched a black bear sow, possibly the same one we saw last year, and the year before, with her two cubs. I’ve read that bears have quite sophisticated memory maps that allow them to move across a landscape feeding from remembered and reliable food sources. It’s what brings them down from the berry patches to the salmon streams year after year and to our orchard in years past for the apples and pears. I think this mother is helping her cubs to develop their own maps but is probably puzzled by how the orchard has changed. Last May this mother, if it’s the same one, urged her yearling up onto the second story deck where we grow our tomatoes and the young one dragged several big pots down the stairs before realizing there was nothing in them to eat. Not yet. And was it the mother who encouraged the yearling to drag down the mason bee house above the tomato plants tucked against a warm wall?

Right this minute I can hear a robin singing the long beautiful salmonberry song, as complicated and beautiful as a partita. In the moment is every time I’ve heard it, something deep and complicated, not easily transferred via injection to anyone else. Taken. I think of Gary Snyder’s beautiful sequence, “Little Songs for Gaia”, some of them I remember almost perfectly, each of them observant and alert to the paradoxes of being alive at this point in the history of the planet:

The stylishness of winds and waves—
nets over nets of light
reflected off the bottom
nutcracker streaks over,
hollering

Nature calls,
bodies of water
tuned to the sky.

“Find a need and be filled by it.”