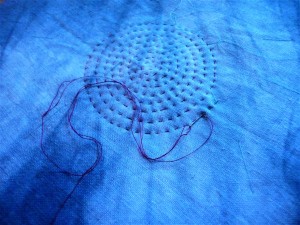 The fog that hangs in the air these December days seems fitting, somehow. Everything is muted and quiet. And how beautiful to see a light in a window, a candle. Our fall was filled with unexpected events, changes. A small medical procedure for John gone rogue and that led to a surgery a month later. Which meant cancelling our plans to fly to Ottawa for a week. He’s feeling much better though and stronger every day so on Wednesday we went to Vancouver to see the Arts Club production of Onegin. It was truly wonderful, transporting in the way that good theatre can be. We saw a matinee and afterwards planned to have dinner at our hotel, also on Granville Island. Wandering back from a shopping expedition to buy indigo at Maiwa, I passed the Liberty Distillery and looked in its windows to see a lovely room lit by small fairy lights. I brought John back so we could have a cocktail in that room with its long antique bar. We are not much for cocktails. We like wine, beer when the moment is right, a dram of good single-malt sometimes, but cocktails, gin particularly, have always struck me as mother’s ruin. The delicious taste of botanicals can seduce one (me, anyway) into thinking I’m drinking something harmless, benign! But I had a gorgeous concoction of pink gin flavoured with rose-petals and rosehips and John had something with vodka, I think, well-fortified with ginger. I was offered a choice of tonics and I asked for the regular one, not wanting anything to detract from the rose-petals and hips; but what would the elderflower tonic have tasted like? We’ll have to return to Liberty Distillery to find out.

I spent the next morning with a young photographer, Alexandra Bolduc. The Montreal publisher bringing out a French language edition of Patrin in 2018 wanted a current photograph of me for the press’s website. (This is Marchand de Feuilles.) And somehow the fog, the bare trees, the glimpses of water seemed right for my book and its atmospheres.

This morning it’s still foggy and somehow a little sombre. Like so many other people I know, I’m finding the current political climate, the global one made loud and ugly by that vulgar and dangerous president to the south, anyway, I’m finding it troubling beyond words. I’ve been sending letters to our Provincial Government, asking them to suspend work on the Site C Dam on the Peace River. I dream of flattened landscapes, of fire, of violence. And yet Christmas approaches. Ours will be quiet. Angelica is coming for a few days and I think I will roast a duck this year for the three of us. (Turkey is great when you want lots of leftovers but do we?) I made gingerbread boys* to include in the parcels that have already been mailed to Edmonton and Ottawa. I am thinking about fruitcake, the white chocolate one I make with tawny fruits and rum. There are a couple of parties in the next week and it will be good to hear the old songs, eat some festive food. I brought a bottle of Liberty Distillery gin home with me and who knows, maybe one of those cocktails will occasionally replace the customary glass of wine by the fire before it’s time to cook dinner.

And in the meantime, I’ve begun quilting the big length of rough linen dyed in October. I didn’t even wonder about what to do with it, simply begin stitching a spiral. It’s a way of thinking for me, thinking with my hands, finding a way to make sense of things. Holding the weight of a quilt-in-process on my lap, finding the best way to hold its layers together for warmth and beauty, the house hidden in dense fog, its lights glowing.

*I have tried for gender diversity with the gingerbread shapes. I bought a girl cutter, for instance, but somehow the dough doesn’t like to be cut with that one. I can’t get the dough to let go of the metal. An angel? Same thing. So boys it is, with Smartie buttons and dragée eyes. And also coyotes howling at the moon, fish, stars, lobsters (though those shapes are also difficult to use), pigs, trees, stars…

2 thoughts on ““the house hidden in dense fog””