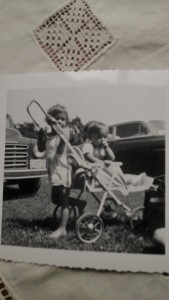 Across dark water, I went from childhood to adolescence. The house at the end of the row by the radio base was not the house we returned to from Mission City in the dream that was also a memory. It was a white house on a farm on a long road, but that road led back to the foot of Poignant Mountain, forgotten and then found, lard pails stained by blueberries and abandoned on the verge, a small girl huddled in the cool bunker where the milk waited to be collected and where I wait now with her for the end of the world. —from “Poignant Mountain” in Euclid’s Orchard (Mother Tongue Publishing, 2017)