My grandson Henry turned 1 two weeks ago. He is a dear little boy, with a big smile, and good parents, a lovely older sister. He’s too far away for me to see him as often as I’d like—all my grandbabies are too far away for that—but I love receiving photographs and videos and I even like Skype, even though it’s often so awkward. (I blame our satellite internet connection!)

I remember my own children acquiring language. The utility of some words was obvious. Mum. Dad. Hi. Bye. And some words were particular to our family culture. One of my son Forrest’s first words was coffee. In those days I drank far more coffee than I do now (ah, age!) and it came with its own rituals. The first morning cup, brought to me in bed. (Our household still respects this ritual…) Our pretty Imari cups for espresso after dinner. 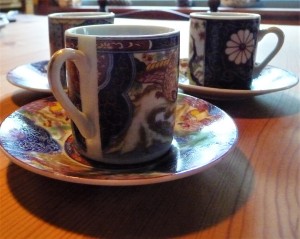 Yesterday I couldn’t stop looking at a video of Henry. He’s not only learned to walk in the time since his first birthday but he’s also learned a new word! I can’t embed the video here without upgrading my site but I can show you the small boy and you can imagine him very seriously saying, “Beluga!” (Baby Beluga is his favourite book right now.) He says it as clearly as anything and even his sister looked up from what she was doing to exclaim, “Henry said ‘beluga’!” 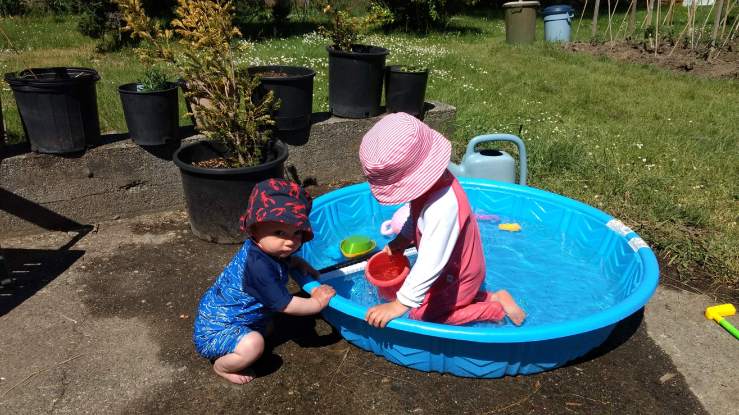 What words get to be the first are often strange and magical. Henry’s cousin Arthur is nearly two and he has been talking a wild streak for a year now, in English and French with a few Arabic words thrown in because his daycare provider is Moroccan by birth. When he was with us in late July, he kept asking to go up to see the épouvantaille. Épouvantaille, Grandmama! I didn’t know what he was talking about but it turned out he was smitten with the dollar store scarecrow on a bamboo pole planted in a pot of lilies. He wanted to visit it, oh, ten times a morning. He was a little nervous about actually getting too close to the thing but I suggested he might want to water it. So while I was watering the potted tomatoes and roses, he carefully poured water into the pot with the épouvantaille. 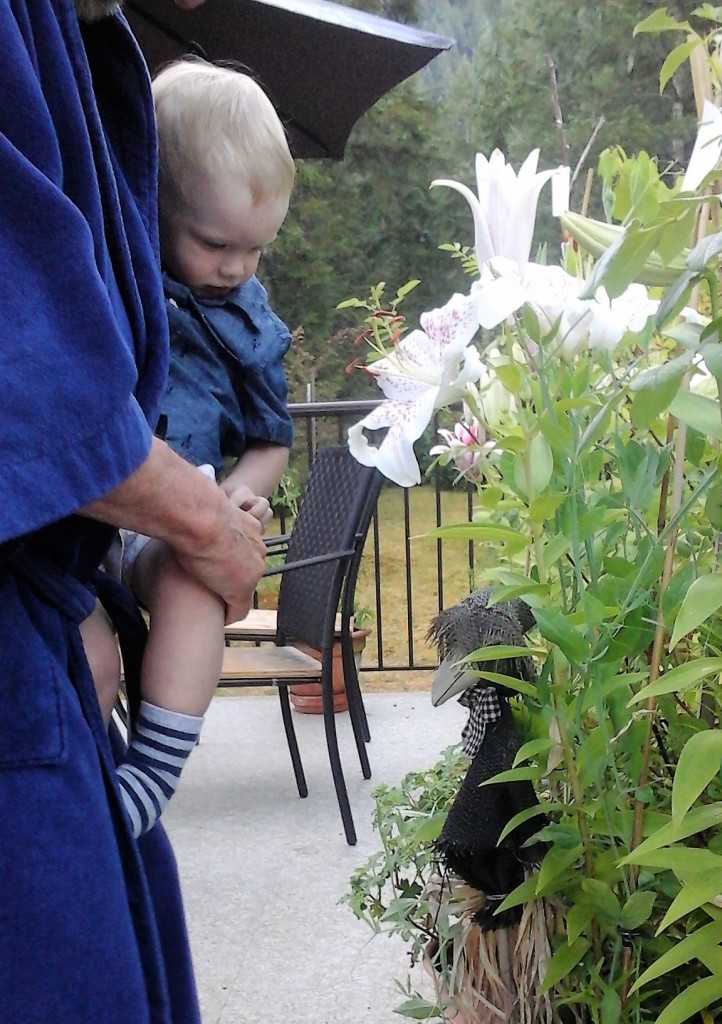 I wish I knew what my first word was, after Mum, Dad, Star (who was the dog of my childhood), and the names of my brothers. I wish I knew what thing was so important that I just had to name it, something as enticing as a scarecrow or whale.