In 1977-78, I spent most of a year living in Ireland. I rented a cottage on a small island off the Connemara coast. It was a sweet time, though often lonely too. I walked. I gathered mussels and nettles to supplement the meager amount of food I could buy weekly in the nearby town when a boat was going that way and I could tag along with fishermen selling their catch or their wives doing errands. I say “meager” because I had so little money and also because everything I bought for the week had to be carried in my rucksack. Sometimes the boat would cross the narrow passage between the island and a strand several miles from the town and on those days I walked back and forth with my rucksack of provisions or else I borrowed a bike from a farmer who lived above the strand. A week’s worth of food could get heavy (and expensive) awfully quickly.

And I wrote. I wanted to discover if I was actually a writer and for some reason I thought I had to go far away to do that. I’d always loved Irish music and literature and somehow I imagined the west of Ireland would be a place I could lose my young damaged self in and find a better self. (I was 22. This is the way I thought then.)

I have no regrets about that time. I loved the island, I loved the hedges of fuchsia and the sound of corncrakes in the field behind my cottage. I read voraciously and I wrote the beginning of a novella which I completed later, once I’d returned to Canada. That novella, Inishbream, was published first as a private press book by the Barbarian Press. It took them years to actually produce the book and all the reasons for the delays were entirely legitimate. The wait was worth it. And so was the process, the step-by-step process of making a book the old beautiful way. An American artist, John DePol, did a series of wood-engravings for the book. 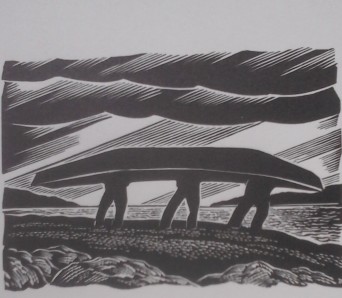 Some copies were quarter-bound with soft green Japanese silk; others with leather; and the very rare Design editions were quarter-bound with turbot leather. The printing is exquisite. And when I read the novella now, as I do from time to time, my heart goes out to that girl on a western island, her wild ecstatic heart. (I know now that some of the way she saw the world — a heightened rapturous vision — was in part due to hunger…)

There are pale beaches of coral sand, strung darkly with the dead weeds. I walk them endlessly, alert for news of the world: a bottle, an explosive, a book of the saint’s voyage enacted on the edge of the Atlantic, a waterlogged crate washed from the deck of a ship.

In those windy cottages, the stories age. Outside, a well runs dry. Pots rise empty on their bleach-bottle floats, the hay rots under the rain’s assault. And they stand, all of them, on the rim of the chopping sea, straining to the tide, pulling in the nets of the morning. World without end, amen.

My husband John remarked awhile back that my new novella, Winter Wren, is in some ways a bookend to Inishbream. The main character lives on a remote beach, on an island’s western edge, and although much older than the protagonist of Inishbream, she shares many of the same habits and aspirations. She wants to know where she is, wants to know the plants, the weather, the patterns on the rocks. (In Inishbream, the speaker of the book discovers what she thinks is a pattern of carvings on rock and wonders if they’re petroglyphs. In Winter Wren, Grace finds fossils from the Oligocene period in the sandstone below her house. Both of them are alert for whales. Both have unexpected lovers.) And although Winter Wren isn’t printed letterpress on fine papers with linen stitching, it is a very pretty production (thanks to Anik See and the great team at Printorium). In purely physical terms, it’s a bookend to the trade edition of Inishbream, published by Goose Lane Editions. 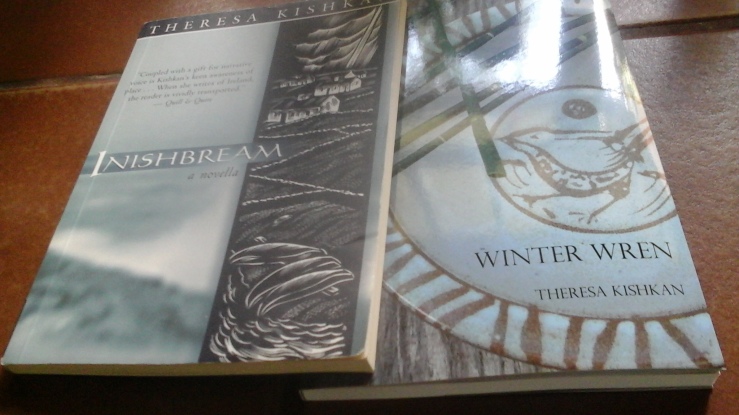 The older I get, the more I realize what a capacious form the novella can be. A small but surprisingly roomy vessel, for meanderings, meditations, for recording flora and fish species, for weather notes and snatches of poetry, for expanding the known world of a speaker who “came, wanting only the isolation of tides” but who found so much more at the doorstep of those tides. Birdsong, old stories, the vertebra of a whale, the far-off lights of Neah Bay.