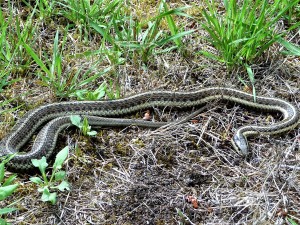 I’ve said this before but I become more and more convinced every day that the world is becoming a perilous place. I remember the Cold War, as much as one can remember something that formed the backdrop of the time one grew up in. I was born in 1955 and my father was in the Navy. We never had a bomb shelter or anything like that but there was the sense that politics were fraught, that the war my father had fought in (very tangentially) wasn’t really over because, well, there was Korea, then Vietnam, and god knows what would happen with the Soviet Union.

But I was a child, then a teenager. And when I was a teenager, the biggest threat seemed to be environmental. I remember attending a rally at the Provincial Legislature protesting the nuclear weapons test on the island of Amchitka, in Alaska. When I was in university, I was reading the literature that coming out of the Soviet Union, not just Aleksandr Solzhenitsyn, whose big books were everywhere, but the poets: Osip Mandelstam (and his wife Nadezhda’s extraordinary memoirs, Hope Against Hope, and Hope Abandoned), Anna Akhmatova, and others. Later, in my 30s, I encountered the work of Irina Ratushinskaya, reading her poetry—No, I’m Not Afraid and Pencil Letter particularly come to mind—and her memoir of 3 1/2 years in a labour camp, Grey is the Colour of Hope.

Hope is the thing, isn’t it? You have it and then you find it’s fading. For a time, I thought the world would improve. We knew enough about what it took to keep ecological systems healthy and intact that we couldn’t fail to act, could we? We watched the Berlin Wall fall in 1989, we watched (we thought) the collapse of the Soviet system in 1991, and can anyone forget the 1994 general election in South Africa, with Nelson Mandela becoming President? The Truth and Reconciliation Commission (finally) established in Canada in 2008? Or the 2008 U.S. election and how Barack Obama and his beautiful family seemed to hold such promise for modern democracy? I kept thinking, it’s so late in our collective history for what ought to be long-accepted as the natural course of events to be unfolding but it’s better late than never. Wasn’t it? And wouldn’t things improve? Weren’t these the openings we’d waited for, agitated for, voted for? For the citizens of countries that were in a position to set aside the old and ugly racial, gender, and geopolitical divisions, ours included (of course)? We could truly address the environmental devastations and the economic inequities. The food insecurities.

But it’s getting later and later and those openings are closing, or at least that’s what it seems to me.

These are days when I’m glad (in a way) to live on the edge of the world. To sit with my beloved and talk about poetry and to watch tree frogs sleeping on the leaf of a lily. I haven’t given up hope, not exactly, but I agree with Mr. Dylan that, “It’s not dark yet but it’s getting there.”

One of the poets I was remembering this morning was Nathaniel Tarn. I first read him in the mid-1970s; Where Babylon Ends and Lyrics for the Bride of God come to mind as the collections I loved. There was a spaciousness to his work, a wide-ranging gathering of materials that negotiated a world full of mystery and beauty.

Sitting, facing the sun, eyes closed. I can hear the
sun. I can hear the bird life all around for miles.
It flies through us and around us, it takes up all
space, as if we were not there, as if we had never
interrupted this place. The birds move diorami-
cally through our heads, from ear to ear. What
are they doing, singing in this luminous fall. It is
marvelous to be so alone, the two of us, in this
garden desert. Forgotten, but remembering
ourselves as no one will ever remember us. The
space between the trees, the bare ground-sand
between them, you can see the land’s skin which
is so much home. We cannot buy or sell this
marvelous day. I can hear the sun and, within
the sun, the wind which comes out of the world’s
lungs from immeasurable depth; we catch only
a distant echo. Beyond the birds there are per-
sons carrying their names like great weights.
Just think: carrying X your whole life, or Y, or Z.
Carrying all that A and B and C around with you,
having to be A all the time, B, or C. Here you can
be the sun, the pine, the bird. You can be the
breathing. I can tell you, I think this may be
Eden. I think it is.