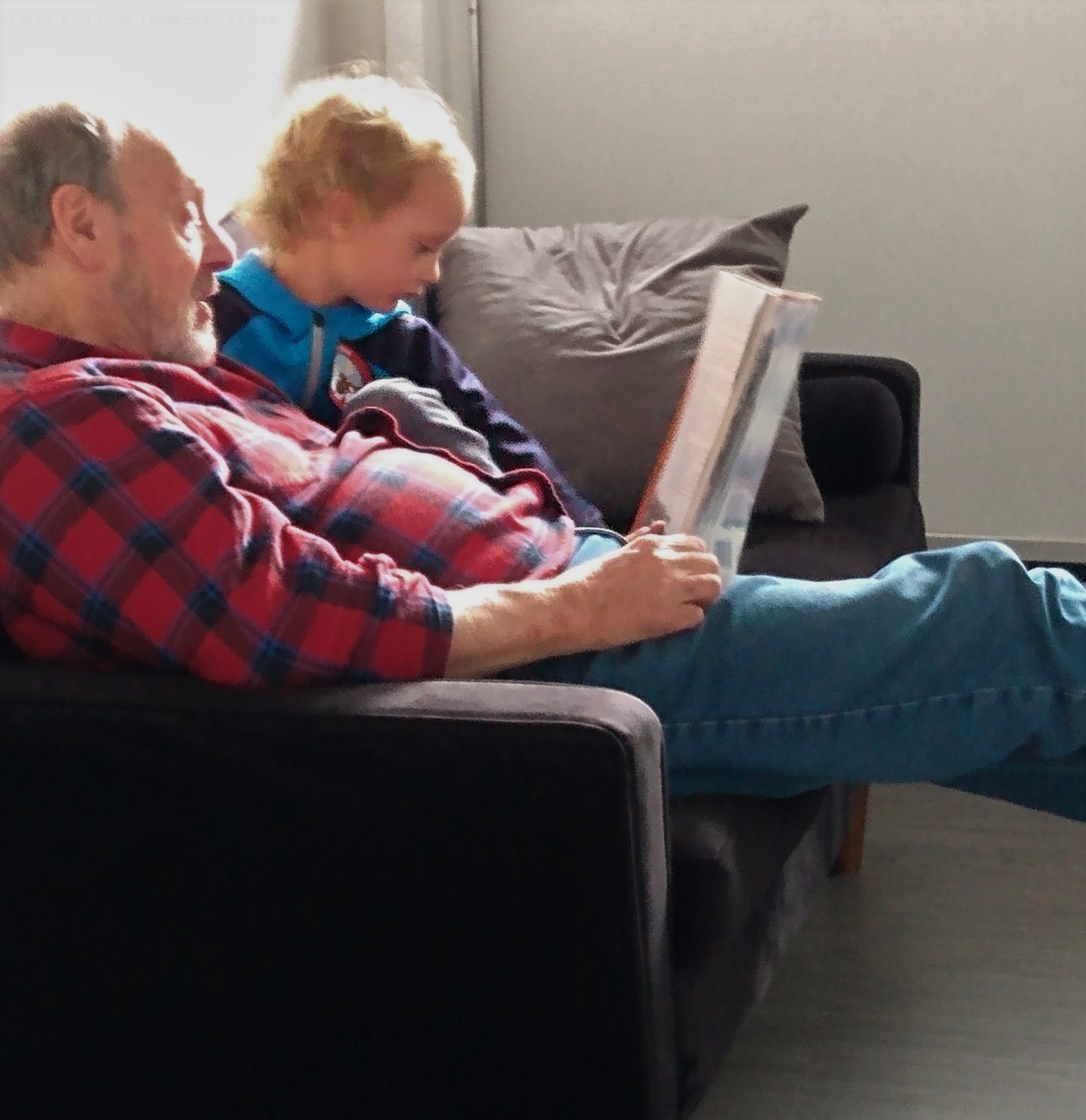 When I had a telephone conversation with my Edmonton grandson, just a few days before we were due to travel to visit him, he told me he’d been listening to a podcast of stories from Greek mythology. He excitedly told me his favourite god was Zeus and his favourite demigod was Herakles. So I packed the copy of Rosemary Sutcliff’s The Wanderings of Odysseus, illustrated by Alan Lee, that his father and uncle and aunt had enjoyed as children. (I couldn’t find its predecessor, Black Ships Before Troy, but I hope it will show up.) We had lunch an hour or so ago and then Grandpa John suggested that H. might like to hear about the Cyclops. H. is five. The gorier the story, the better.

I looked over to see them in the tiny living room of this Airbnb, one reading, the other listening, and I was drawn in to the story all over again. The cunning of Odysseus, the dark cave (“And all this while, the Greeks sat very still in the deep-most inner end of the cave, cold-afraid and crouching in the dark.”), the horror as the Cyclops eats one crew member after another (“devoured as a mountain lion devours his kill, washing down the flesh with long drafts of milk”), and the moment when Odysseus sharpens one end of the giant’s olive-wood staff, hardening it in the fire, heating it again, and plunging it into the Cyclop’s single eye. The next chapter, “The Lord of the Winds”, has been promised for later today. I’m back to working on the edits of Blue Portugal and John is reading on his own. In this cold city, with the sidewalks icy and treacherous, we are as willing as any anticipate the moment when we huddle around the ancient (virtual) fire to listen to the old stories, to shiver in their spell, to dream.

1 thought on ““cold afraid and crouching in the dark””